YOU KNOW THAT “TRAPPED” FEELING?

So, the way I see it, there are two kinds of “trapped” feelings.

You have one where you’re kinda like: OH DEAR GOD – I HAVE NO ESCAPE ROUTE. NO PLAN B. Then you start sweating, feeling light-headed, and start thinking of all the ways you’re going to die. This is the bad, bad bitch called anxiety. And I have this trapped “I’m going to die” feeling often when I’m stuck on an airplane, in really crowded areas where I can’t easily run away, and sometimes in an elevator.

But, in addition to the physical trappings, which suck for obvious reasons, there’s also the “emotionally” trapped feeling. For me, this looks a lotttttt more like depression…where you’re just stuck. That feeling of waking up in the morning, thinking to yourself…

My life is not GOING anywhere.

This is more like being stuck in a job, stuck in a marriage (or with someone in general), stuck in your hometown – this list goes on and on about really anything you’re unhappy about.

Other than the obvious physical situation versus emotion situation, what’s the difference between the two?

Being physically trapped – it’s fast. You’re all of a sudden in this shitty situation, and you’re looking for a way out like your life depends on it….because maybe the anxiety is telling you it DOES DEPEND ON IT. You go from being perfectly fine to – “OH shit, I gotta get out of here and back to safety immediately!”

That’s not necessarily the case with being emotionally trapped in something.

THE EMOTIONALLY TRAPPED FEELING IS A SLOW BURN.

The kind where you wake up one day, and think: Oh shit! I’m 45. Where did my life go? And you ask yourself: Why the hell would I let myself do this in the first place? What would my 20 year old-self think of my life right now?? HOW did I ALLOW this to happen??

You could have talked yourself into staying put because you “chose” this. Hell, you may have even convinced yourself (or tried to at least) that you actually wanted this or should want this (cough, marriage/kids, cough). Maybe you have a family to support.

And then to make matters worse…whenever you come up with some sort of idea to get out of your box you’ve found yourself in, you get allllllllll of these people telling you:

There’s no guarantee your situation would get any better, so why risk it??

What if you fail??

What about your kids??

You know that saying, “Better the devil you know…”

“Don’t you know 2/3rds of all businesses don’t make it past their 3 year anniversary??” <–I am SO TIRED of hearing this one.

We all know those people. The people who feel the need to SAVE you from the cliff you’re about to jump off of. And I get that they’re just trying to “help” me by insinuating I’m going to fail quickly; burn through my entire life savings; and end up living at home with my parents eating twinkies all day, BUT I swear to God that if I have to make small talk about the weather in a break room that smells like a fucking Lean Cuisine for ONE MORE DAY…I’m going to murder someone.

Sure – it’s easier, less scary, and more convenient to stick with it. Starting over is hard. And what if you really do leave and it is worse than it was before?? What if you do fail? What if everyone points at you and laughs because you’re the idiot who thought you were different??

These questions are where people usually stop. Stop dreaming. Stop looking for an out.

And they start justifying their decision to do nothing by finding proof that they are exactly where they need to be and that it’s just not the right time to do otherwise.

I’d have to apply for a business loan, and the economy is complete shit right now.

I think I would need to start an LLC, and taxes are more expensive for that. Maybe it’s not worth it. Actually, I don’t even know if I should set up an LLC, an S-corp, or a Sole Proprietorship. Like what’s an S-corp anyways?? Ughhhh, I’ll just wait.

I’m up for a promotion at work. And that 3% raise, man. I would be able to take that vacation I’ve been thinking about!

Someone’s already doing my business idea, so it’s not like it would be new. How would I even make money? Actually, my idea is just kinda stupid. <–I throw this in here because it’s just so easy to have a business idea that you’re super proud of and passionate for, then have one bump in the road or one nay-sayer and feel like a total fucktard for even thinking that the idea made sense in the first place.

The sad part is that I still have all of these fears.

I consider myself to be a relatively independent person, and yet I still care about what other people think. STILL. Even after I quit the 9-5 and completely changed professions. Even after I got divorced and took kids and the pressure to have them off of the table. And even while I actively travel around the world all alone. After all of that, and I STILL care what people think. Why?? It doesn’t even make sense. As if other people are the ones who are going to have to live with the consequences of my own life’s actions.

It’s a daily battle to choose me over them. To tell myself that I’m worth it, dammit! THIS is the person I choose to be and THIS is the life that I want for myself. I CAN DO THIS.

When I realize that my excuses are what’s putting me in a box, suddenly a door magically appears. (Why does it take so long to realize that the damn door has always been there??)

So now, here’s my challenge to you. The next time you feel trapped, ask yourself this question:

WHO IS TAKING AWAY MY FREEDOM?

And what are you going to do about it when you realize the answer is you?

Greetings, you body rocker bitches. Hellllllllll yeah. Can you tell what the topic will be for today?? Yes, I know. It’s been waaaaaaaay more of a...

Case of the Burnout. Now What?

Hi, my name is Madison, and I’m burnt out. ← The weight of this sentence, man…. I’m scared to type it. Scared to think it. Scared to even acknowledge...

Anxiety is Such a Bitch

March 27th at around 1pm, my dad walked in the door of our photography studio and said this: “You know the strangest thing just happened to...

Once upon a time…there was a girl named Madison. <–That’s me.   Madison found her prince charming, and they lived “happily”... 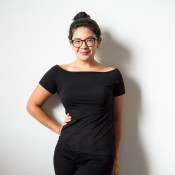 I’m a 28 year-old divorced wedding photographer (gotta love the irony there). This is my journey to becoming an independent and badass chick, who refuses to settle. Travel, money, divorce, sex, and all the emotional shit that comes in between.... Maybe, in the past, these are topics I would have tried to sweep under the rug, but I figured it was time to stop apologizing for who I am and what I like. That’s part of being FemStrong.

Ya know, for email updates and all that jazz. It ain’t your first rodeo for an email signup…